No new characters were announced this week. 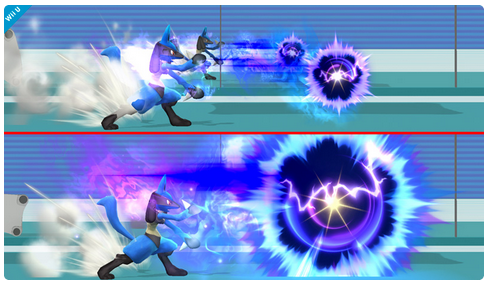 In these screenshots, it shows Lucario charging up his standard special attack, the Aura Sphere in the Wii Fit stage on Wii U. The above and below images show the Aura Sphere at it's weakest and strongest states. The attack is stronger and faster when the sphere is bigger, as Sakurai mentions in his Miiverse post. 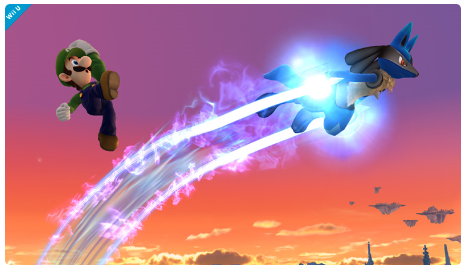 In this screenshot, it shows Lucario and Luigi both in the air, Luigi jumping and Lucario doing one of his attacks. When Lucario shoots out Aura from it's hands to fly with ExtremeSpeed, you can control it's flight direction. If Lucario's Aura is fully charged, it can fly extremely far, Sakurai explains. 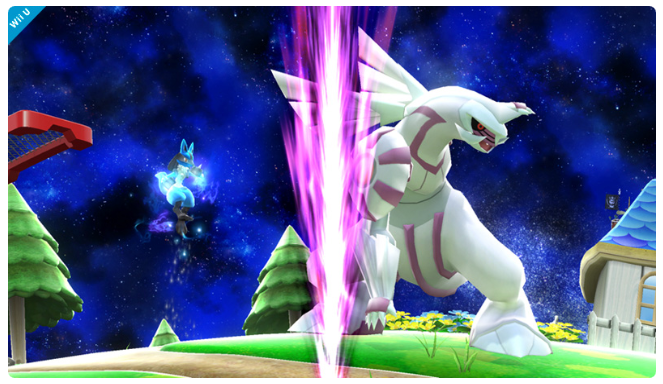 In this screenshot, we see Lucario with a much bigger Pokémon named Palkia in the Super Mario Galaxy stage on Wii U. Palkia came out of a Poke Ball item in-game. The screenshot shows Palkia's signature move, Spacial Rend. 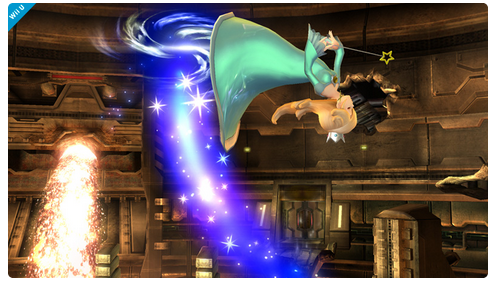 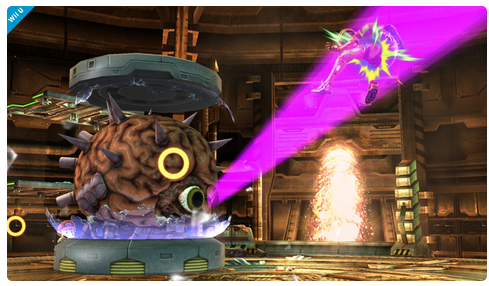 In this screenshot, it shows the new Assist Trophy Mother Brain from the Metroid series, on the Metroid stage on Wii U. As shown here, Mother Brain is shooting lasers from it's eyes, called the Laser Brain Attack.