No characters were announced this week. 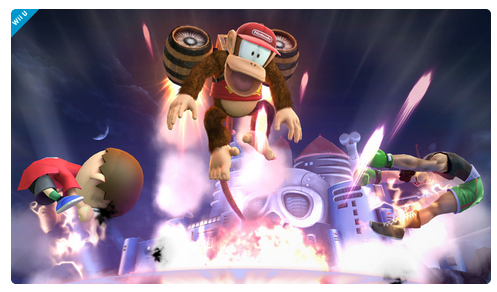 In this screenshot, we see Diddy Kong using his rocketbarrels and knocking back Little Mac and Villager in Mega Man's Dr Wily's Castle arena on Wii U. The rocketbarrels have the power to now fly along more horizontal trajectories, and can bounce off opponents in mid-boost. 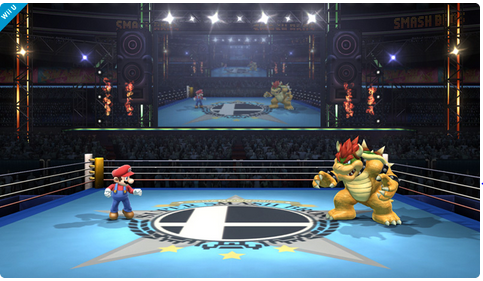 In these screenshots, we see Mario and Bowser (above) on the Super Smash Bros. arena, and Kirby and King Dedede (below) on the W.V.B.A Punch Out!! arena, both on Wii U. Sakurai says these are two different stages, and not affected by what character is in the arena. 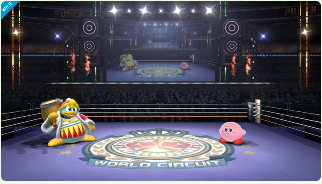 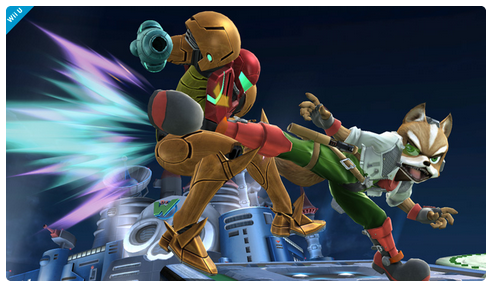 In this screenshot, we see Fox McCloud doing his finishing attack on Samus in Mega Man's Dr. Wily's Castle stage in Wii U. Now, Sakurai explains, after using several attacks in a row it automatically turns into a finishing move. 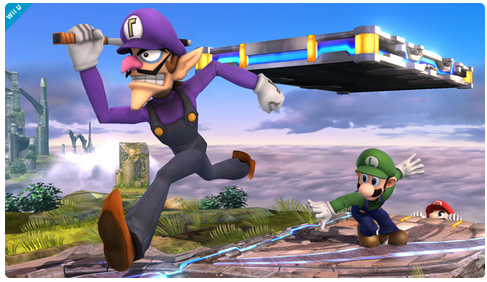 In this screenshot, we can see Luigi chasing Waluigi, a returning assist trophy, while Mario is hanging on a ledge in the Battlefield stage on Wii U. This may be hinting at Wario being in the game later. 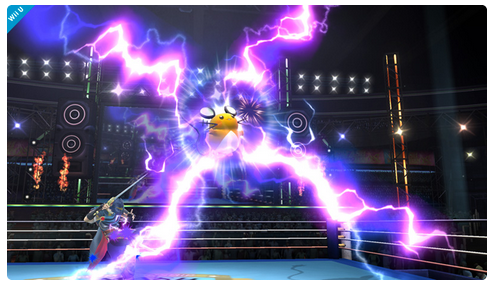 In this screenshot, we see Marth using Dedenne, an electric and fairy type Pokemon, from the Poke Ball in the W.V.B.A. Punch Out!! arena on Wii U.
Dedenne is representing Pokemon X and Y, for that's the game he's from.

Speaking of Pokemon X and Y, my review of the game will be up this weekend, so I hope you check it out.