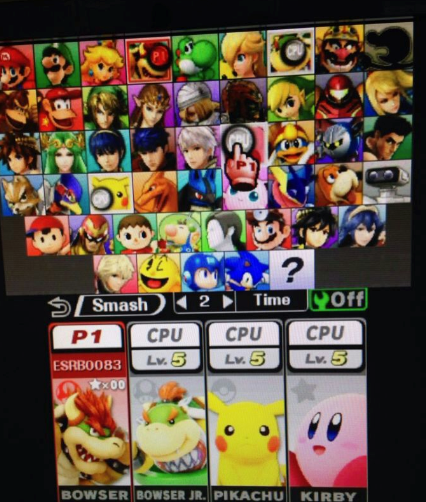 Ever since the first leaks of Super Smash Bros. for Nintendo 3DS came out last week, people all over the internet have been speculating on what may be true and what may be false. So far, nobody has been able to truely debunk these rumors and Nintendo denied so far saying anything about these leaks.

Game Informer contacted Nintendo to find out what they had to say about these massive leaks:
“We have nothing to announce at this time. For the list of announced playable characters for Super Smash Bros. for Wii U and Nintendo 3DS please visit: http://www.smashbros.com.”; 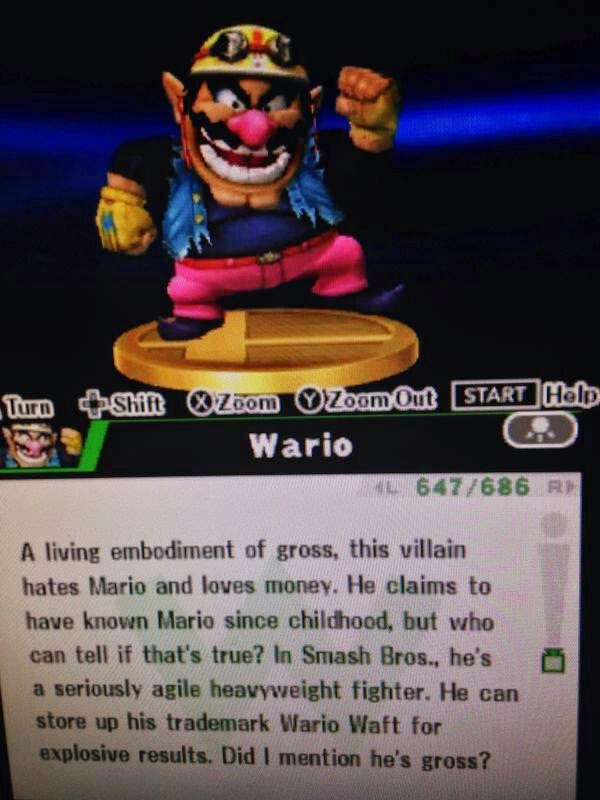 The first bit of news that we have to support our evidence are screenshots of the game leaked by one ESRB employee. The screenshots look like pictures sent to Nintendo that may be deemed inappropriate or may raise the rating; such as images of scantily-dressed females as Candy Kong and gross-outs such as revealing the description of Wario's trophy, which also officially confirms Wario's inclusion.
If you want to see the images, go to http://imgur.com/a/PzeCw#s8WYgs5

The second evidence is gameplay of Ganondorf, Bowser Jr., and Shulk. Although the original uploader had to take the video down due to copyright claims, you can still find videos of the gameplay on YouTube. The fact the videos were copyright claimed basically confirms it was a real video from the game and that solidifies Ganondorf, Bowser Jr., and Shulk as playable characters in the Super Smash Bros. 3DS and Wii U roster.


Finally, the Gumatsu Leak is not completely out of the question anymore. The confirmation that Shulk will be playable and the fact they initially got Chrom right (during development, they decided to instead include Lucina and Robin), The Choir Boys are possible newcomers as well. Yet the DLC characters have been predicted many times to characters like Snake, Lucas, Ice Climbers, Wolf, and Choir Boys, and then Mewtwo, Choir Boys, Dixie Kong, the DLC has not been solidified.
From the time that those leaks came out, Sakurai and the Smash Team may have not finalized the DLC characters yet. It's safe to assume the Choir Boys and a somewhat safe assumption to say Mewtwo are the two characters most likely to become DLC.

If you did not originally see the leak that started commotion, the link is here. What do you think about these leaks? Leave a comment below.