Pokemon games being added to Nintendo eShop, along with Special Demo code 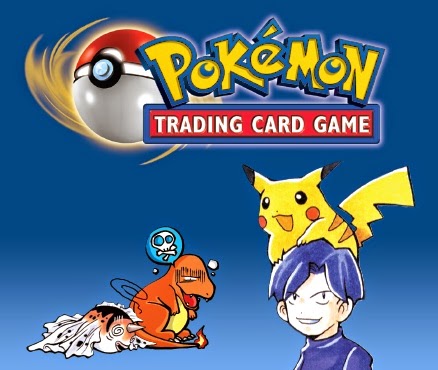 Along with Pokemon Omega Ruby and Pokemon Alpha Sapphire coming November 22nd in the US, Pokemon Puzzle Challenge and Pokemon Trading Card Game are scheduled to release in the Nintendo eShop's Virtual Console. Pokemon Trading Card Game was originally for the Gameboy, and plays just like the Pokemon TCG series today, but with only Pokemon released before this game's release. Pokemon Puzzle Challenge was originally a Gameboy Color release, and put Pokemon in a spectacular puzzle game, leading on games like Pokemon Trozei.

These titles, along with Pokemon Art Academy, coming to the 3DS eShop October 24th for $29.99,  will come with a code for Pokemon Omega Ruby and Pokemon Alpha Sapphire's Special Demo. The code will be on your Nintendo eShop purchase receipt. This is your last day to sign up for a Pokemon Trainer Club account to redeem your Special Demo code for Omega Ruby and Alpha Sapphire, click here to make an account: http://www.pokemon.com/us/

Make sure while you are creating your account to opt for Pokemon news and updates, they must be able to send you a code through email.