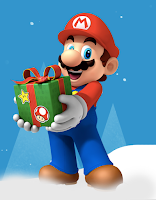 Nintendo of America has confirmed the Holiday Season Tour 2015 will be taking place in several locations across the United States. Nintendo Holiday Season tour will take place in these areas from November 23rd - December 20th:
The following games have been confirmed playable at the event:

Wii U
3DS
The Nintendo Holiday Season Tour has many fun activities to get involved in, such as giveaways, contests, showcasing amiibo, and free souvenirs for the taking. For any kids who love Nintendo and want to see their biggest titles, this is the perfect opportunity for them.