PAC-MAN was confirmed for Super Smash Bros. late June at E3 2014's Super Smash Bros.
roundtable.
Ever since then, we have gotten new information on the PAC-MAN stages and PAC-MAN himself, and have brief ideas on what his alternate costumes would be. Here's our analysis on PAC-MAN and some of our ideas. If you have any more ideas that we forgot, leave them in the comments below.

Here's a summary of PAC-MAN from Famitsu: 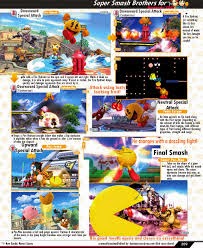 MOVES
Some of these moves are pure speculation, and others have been revealed by the
Famitsu August 2014 Magazine in Japan.


NEUTRAL SPECIAL
"PAC-MAN's neutral special will cause fruit to appear in his hand which can be thrown as a projectile. If you hold the button down you can cycle through different fruits which call have their own unique power, speed and trajectory."

The fruit go in order from a cherry to a strawberry, to an orange, than an apple, to a grape, and then the Galaxian.

UP TAUNT
Sakurai's Pic of the Day on July 11th showcases his up taunt, and has given it a name, slightly resembling his neutral special: He summons various Namco characters from a Galaga Ship, to a Pucca from Dig Dug, Mappy, and then a ship from Xevious, and so on.

"Pic of the day. PAC-MAN's up taunt is known as Namco Roulette! Namco characters from the 1980s will randomly appear." 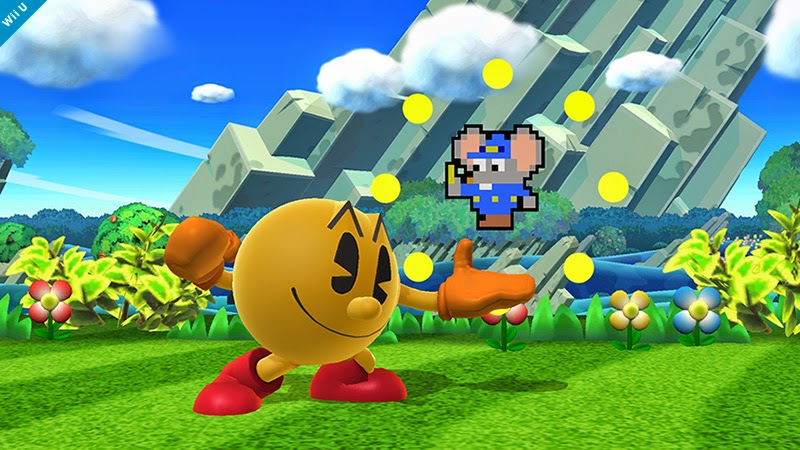 "See? There's a variety of characters. Huh? One of them looks pretty recent." 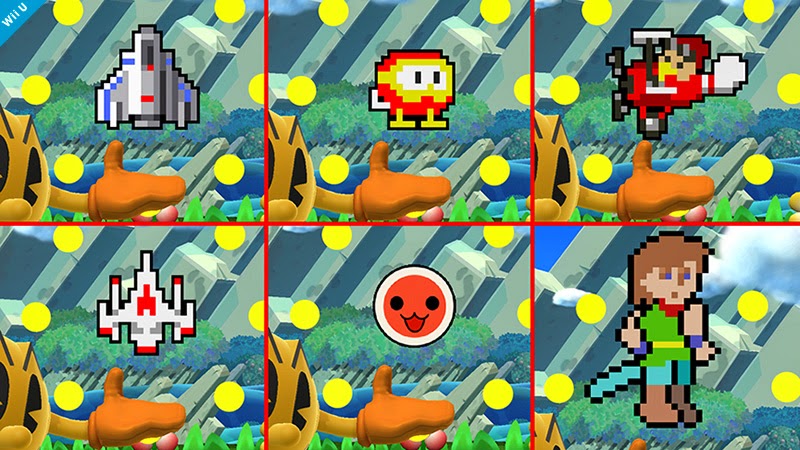 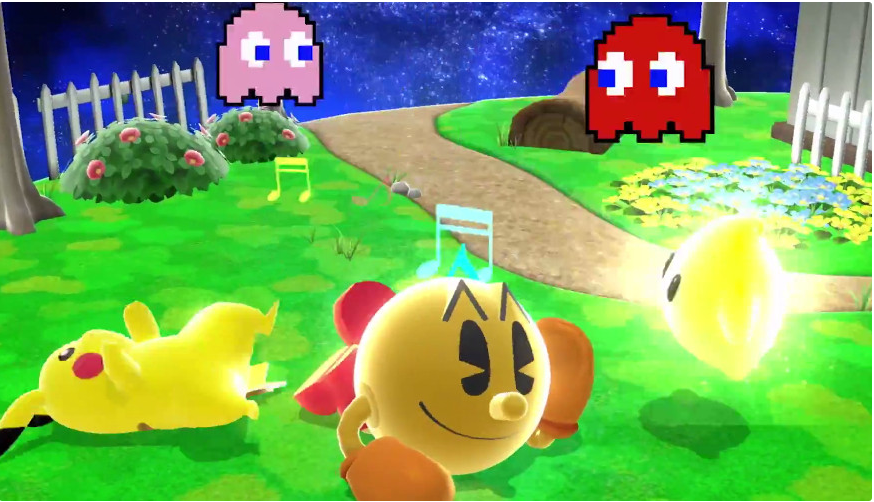 PAC-MAN's side taunt was shown in his reveal trailer. He relaxes, bouncing his head side-to-side, summoning music notes and Blinky and Pinky to circle around his head. 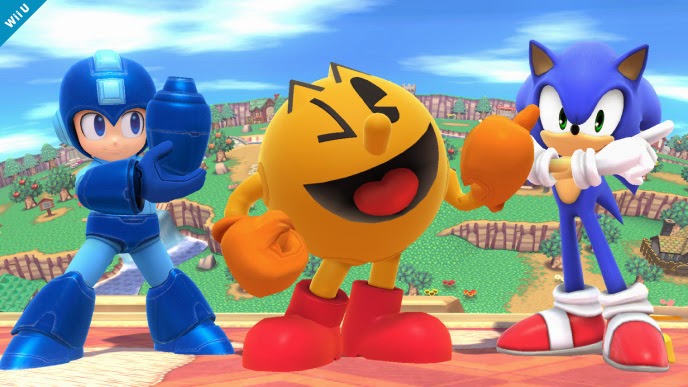 
"PAC-MAN's side special spawns a string of pellets to appear in front of him before he turns into his ball form and chops through them, following the line against gravity's will. You can hold the button down for longer a longer string and you can also influence the vertical direction using the control stick, meaning you can use this move for recovery." 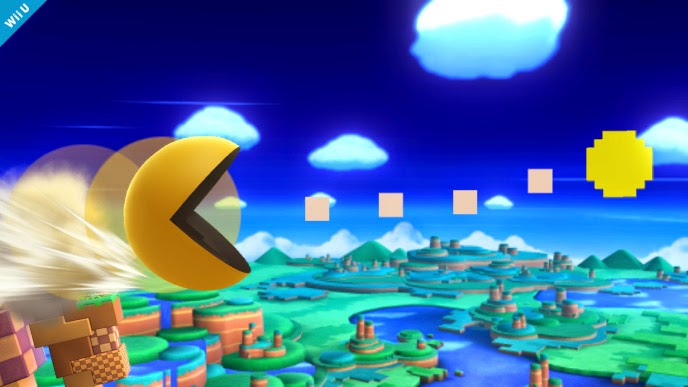 "PAC-MAN's down special is customisable. The basic form causes a fire hydrant to appear below him which shoots water out horizontally, and whilst this pushes foes away it doesn't actually inflict any damage. One variation of this take the 'fire' part a little too literally, and instead of water, a stream of fire will flow from either side of the hydrant. The final version of this move causes the hydrant to explode on impact is used in the air, or explode after a short while if used on the ground." 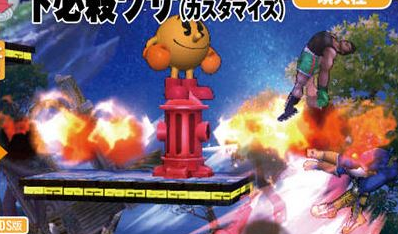 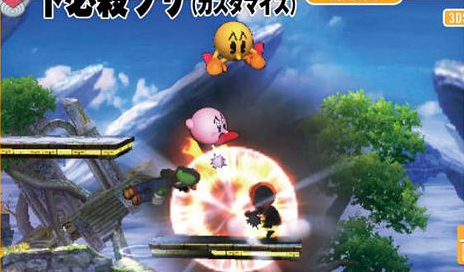 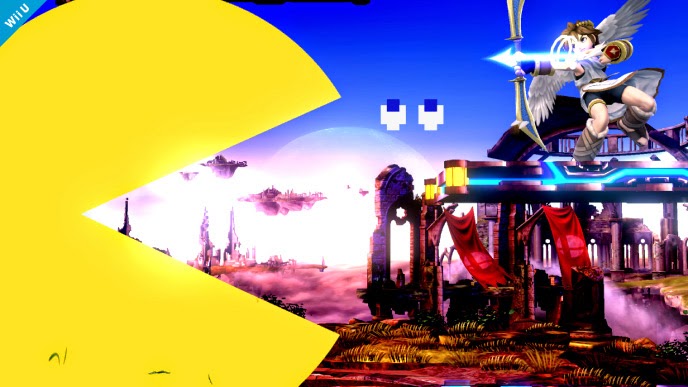 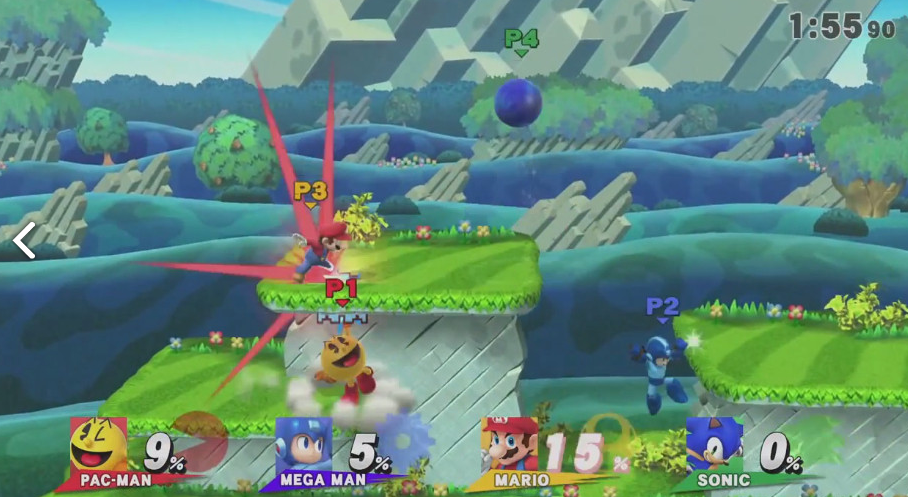 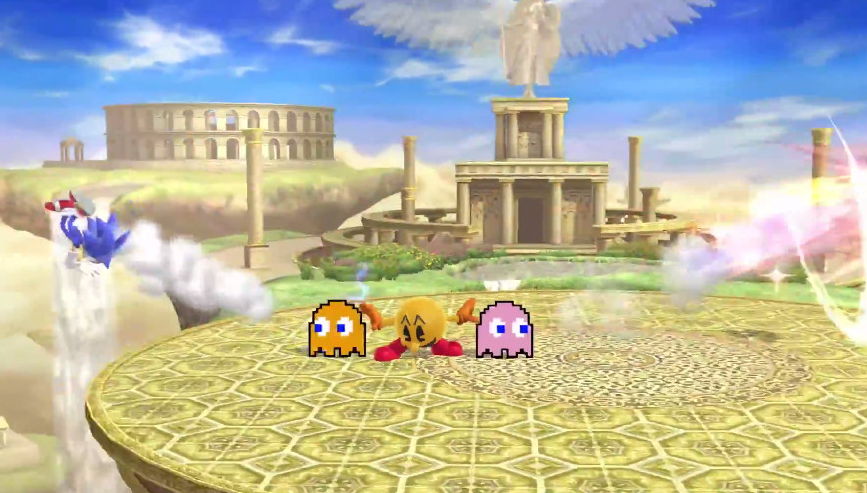 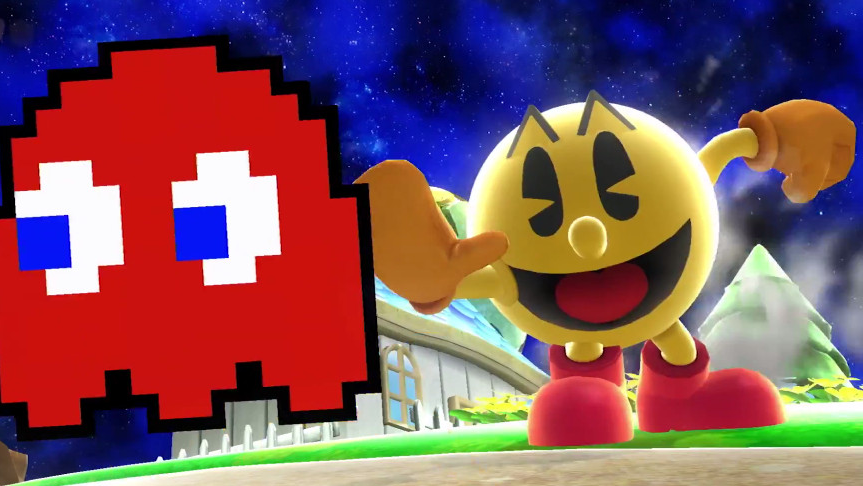 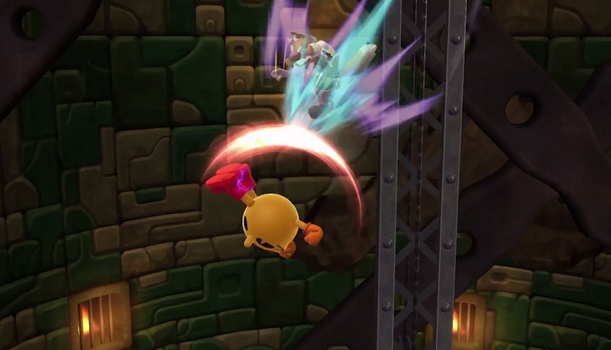 Pac-Maze (3DS)
On July 4th Sakurai's pic of the day shown off a PAC-MAN 3DS stage:

"Pic of the day. Pac-Maze is a stage exclusive to the 3DS version, created in the Pac-Man motif. If you eat 100 Pac-Dots, Power Pellets will appear in your color." 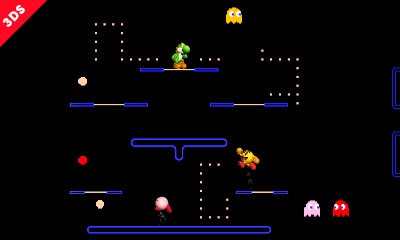 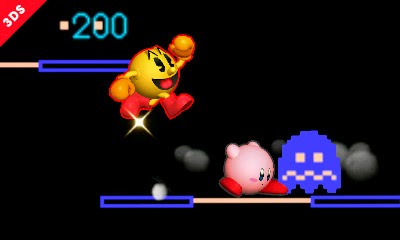 PAC-LAND (Wii U)
This stage is based off of the side-scrolling game Pac-Land released in 1984. In the game, Pac-Man is tasked with delivering a fairy to the Fairy Queen. He must run through levels to reach the door to Fairy Land and hand over the fairy. Once he does so, the Queen Fairy gives him a pair of flying boots which he can use to more easily return home. It's unknown if the Queen Fairy has any impact on the stage. 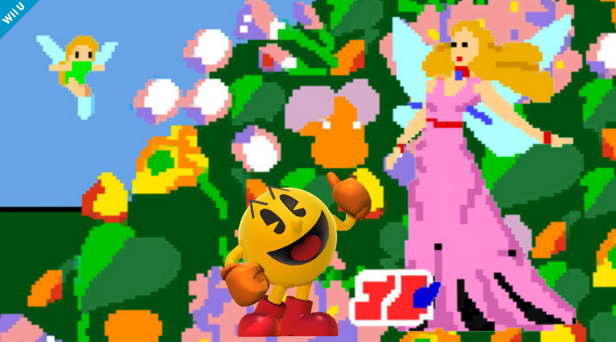 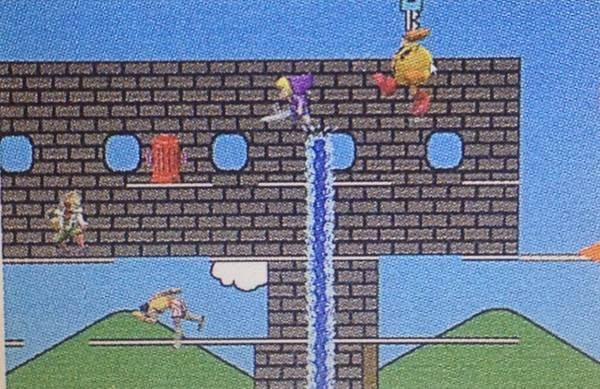 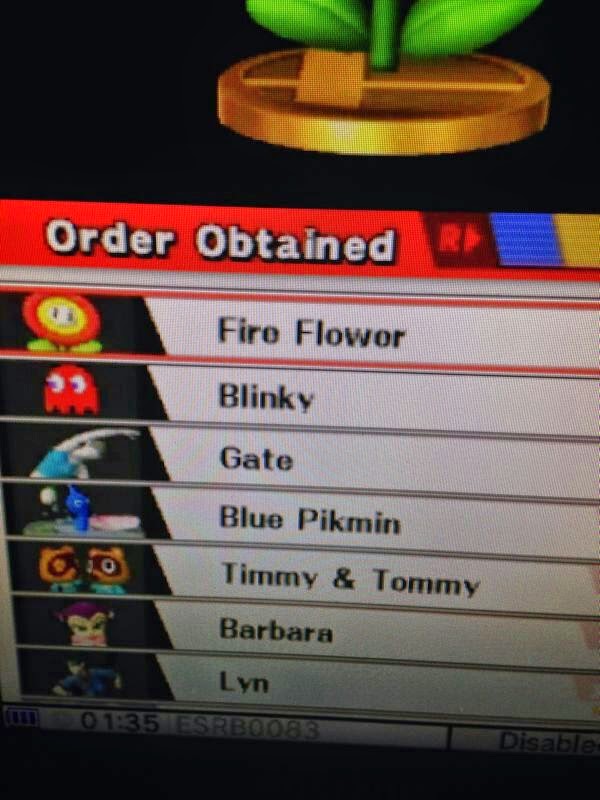 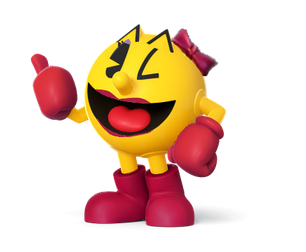 There you go, a player guide and analysis on PAC-MAN in Super Smash Bros. Wii U and 3DS. Tell me what you think about PAC-MAN's moveset, design, or levels in the comments below. Did I miss anything?