Ice Climbers in Super Smash Bros. Wii U and 3DS

Evidence of the Ice Climbers being playable sometime during development has been found inside the game. The polar bear enemy from Ice Climbers is included in Smash Run mode. 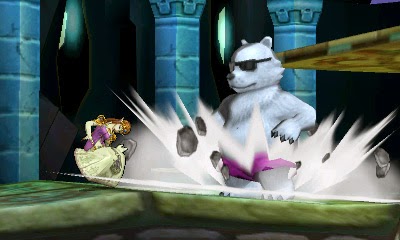 Also, if you play on the Yoshi's Island with a Villager and Dr. Marios and K.O them like crazy, instead of cheering "Murabito!" or "Dr. Mario!", they will start yelling the names of the Ice Climbers: "Popo! Nana! Popo! Nana!" Check out GameXplain's video on the Ice Climbers Glitch:


What do you think of the Ice Climbers absence in Super Smash Bros. for Nintendo 3DS and Wii U?
Leave a comment below.