Nintendo of America Nintendo Treehouse will be streaming Sept. 12th 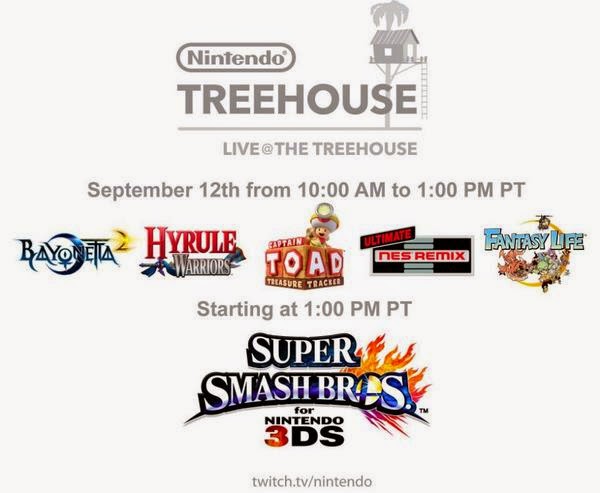 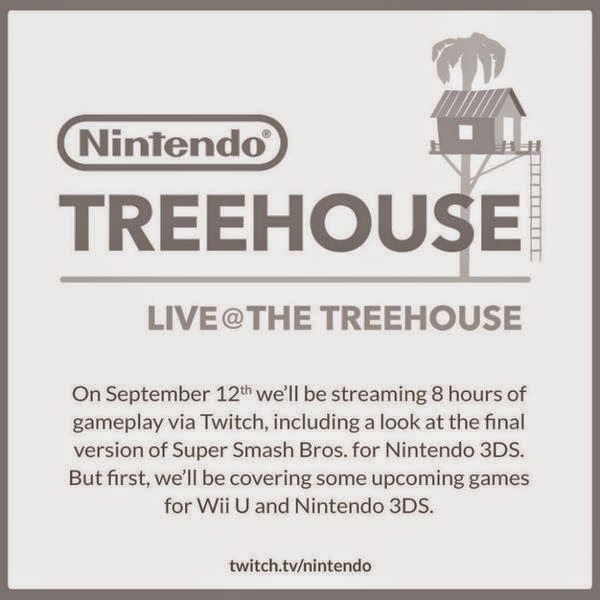 Nintendo of America recently announced Nintendo Treehouse will be streaming 8 hours of gameplay via Twitch of upcoming games for Wii U and 3DS on September 12th, and the stream includes a special look at the final version of Super Smash Bros. for Nintendo 3DS. It's unlikely to see anything we haven't seen though before or was announced by Sakurai, the most likely scenario is we get to see a few matches with the Nintendo Treehouse staff, but we can always keep a look-out for hidden details and assist trophies not yet shown.
What do you think of this announcement? Leave a comment below.
Also, don't forget to obtain your Heracross or Pinsir
(and their Mega Stone at participating Gamestop stores) for Pokemon X and Y!
More information down below.

DISCLAIMER: Depending on your GameStop, you may be required to pre-order Pokemon Omega Ruby or Alpha Sapphire to obtain a Mega Stone code.