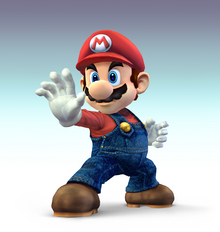 September 4th through Oct. 2, games starring fighters from the new Super Smash Bros. Wii U and Nintendo 3DS are up to 33% off in North America. It switches out every Thursday for four weeks, focusing on new games and new characters each week.

This week, the focus is on the classic NES characters and the Mushroom Kingdom: Mario, Bowser, Peach, Luigi, Yoshi, Little Mac, and Rosalina and Luma.

Here are the game details and prices for Week 1:

These are ridiculously low prices for some very well made Nintendo games! Will you be taking up Week 1's offer?