By carter September 03, 2014
Super Smash Bros. for Nintendo 3DS launches in 10 days for Japan and a month and a day for North America. Sakurai's Pic of The Day for September 3rd showcases some more alternate costumes for Samus and Villager. The post also confirms that some characters will have 8 alternate skins, aside from past Smash games with just four alternate skins. 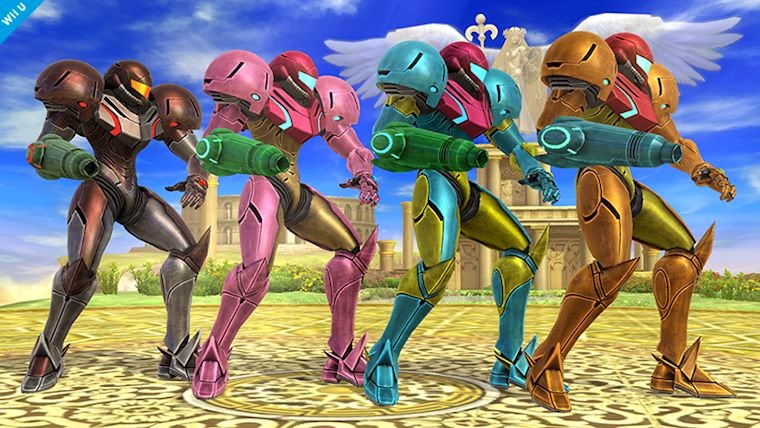 "Pic of the day. Until now, you were only able to choose from four, or sometimes five or six colors for each character. This time, though, all characters have eight colors to choose from! The first four color schemes for Samus are based off her Varia Suit, Fusion Suit, Gravity Suit from Super Metroid, and the Dark Suit." 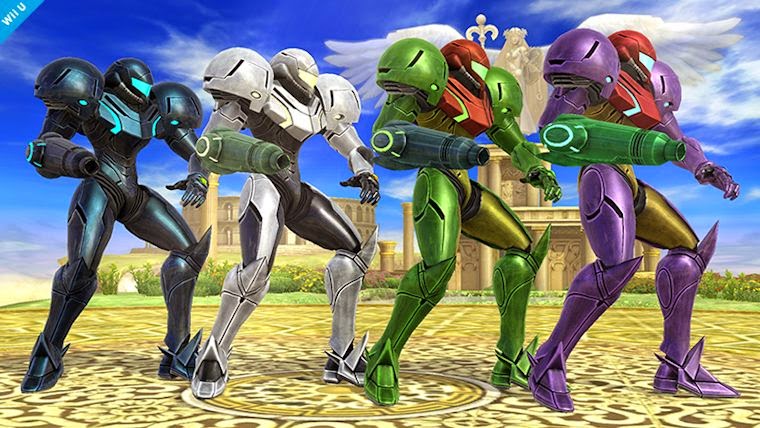 "…And here she is in the color schemes of the Gravity Suit from Metroid Prime, Green Samus (a regular in the Smash series), the Light Suit, and Dark Samus. A total of eight colors."

Sakurai also showed off some new alternate skins of Villager. From an earlier Pic of The Day, here's the first four palette swaps of the Villager. 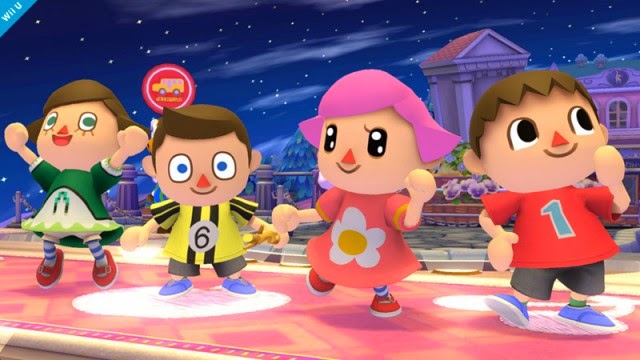 "You can choose between four male and four female Villagers to play with. The designs for their faces and clothes are different. And here are the four Villagers we haven’t shown you yet." 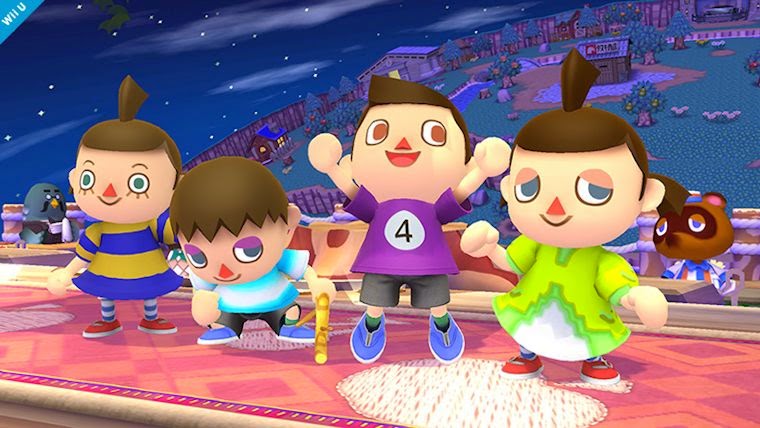 In the Famitsu Magazine, they showed off alternate skins for Shulk, the new character from Xenoblade Chronicles as well. Here's the first four palette swaps for Shulk: 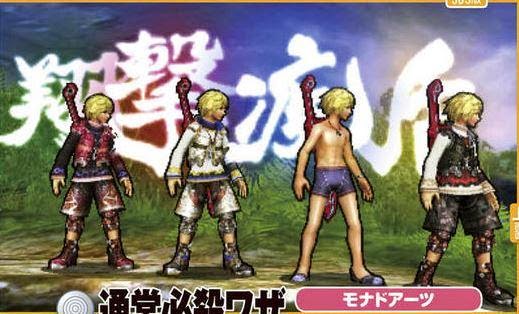