By carter September 08, 2014
Only four days until the Japanese release of Super Smash Bros. for Nintendo 3DS, and less than a month until the rest of the world receives it, as well. Masahiro Sakurai had this to say about the picture of the day:

"Pic of the day. This is what the view looks like within the Vault. YourTrophies collection will start off with one randomly selected trophy. In your Album, you can view pictures you've taken of fighters posing. Photos taken with the 3D Depth Slider on will take photos in stereoscopic 3D, and photos will be in 2D when they're taken with that feature turned off." 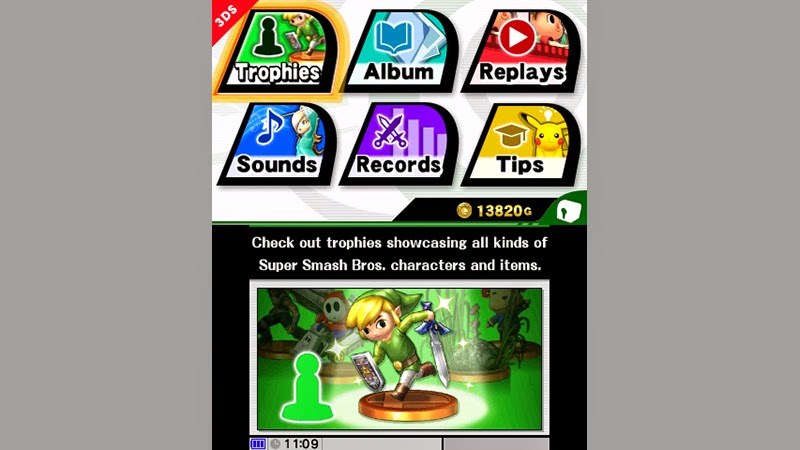 What do you think of the Vault, any of the menus, or the ability to take a picture in real life with your fighters posing, possibly with AR cards? Leave a comment below.