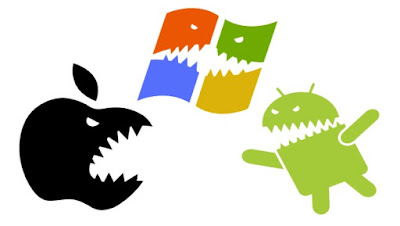 Android Marshmallow's app selection has improved greatly since its predecessors. The Play Store has grown exponentially since its early days as the Android Market. Many new apps are released on iOS first, and piracy is very easy with an Android device. A lot of apps are half-baked, or incomplete. The blame isn't on the OS, but the developers. Many applications are high-quality, but for every great app, two terrible apps are released. Malware is a growing issue, but it still is not too significant. Privacy settings in Android Marshmallow give users better control of the components an app can access.


Cons:
As I said previously, the app support does not match iOS yet.

iOS 9 gives developers new APIs, such as Swift 2 and Metal, with optimizations made for every device that runs iOS. The specifications of the iPhone 6S on paper are much worse than the newer Android phones such as the Galaxy S7, but the application optimization is significantly better on iOS due to the smaller range of handsets. Malware is not much of a problem without a jailbreak, although it has slipped through the cracks before. A majority of apps on iOS are a decent quality, but many are throw-away, or can't run properly due to lacking updates. The same can be said for Android, but iOS gets most new apps first.