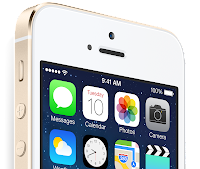 I choose iPhone because of the innovation. This might sound a bit bogus, but in all honesty I think Apple could be one of the most innovative companies on the planet. Microsoft is evolving, to even a rate where I think it could be comparable. In almost any sense, the Ubuntu Phone may even evolve to become the head of the market, but the direction it has been headed shows Ubuntu's plans to create lower-end devices for developing countries or anyone on a budget. It depends on who your are for what phone would fit you the best.

iPhone 5s not the C

I can't say that I like the 5C. It doesn't seem like the Apple when the iPhone 4 was announced. Even as they have covered recently that the 5C "isn't" a low end device, it still is marketed as if it was. The product isn't polished, and overall, iOS 7 isn't either. The phone is solid on the insides but Apple wouldn't have made this even a good year ago. The direction they are headed could confuse future buyers. The iPhone 6 or the 6C would be harder to market and the "C" could be lost in time. Removing the iPhone 5 from there lineup could be a good move, but why keep the iPhone 4S? Besides the lower manufacturing cost, they could still make the iPhone 5 take its place and immediately remove it from the lineup all together. $50 with a 2-year contract still would make it a nice market point, but may drive sales from the 5C. I would take the iPhone 5 over the iPhone 5C almost any day. The reason behind this is my drive to have a high-quality crafted phone.

I would gladly take an Android phone on the higher end (HTC One, S4, etc.) over the 4 and 4S iPhone editions. (Today I have an iPhone 4) This being because Android has many innovations and customization moves Apple hasn't chosen to take. Windows Phone is a nice option, too, but I haven't felt anything that would be beneficial for me to upgrade to the Windows service beside on a PC. With all this said, I would greatly prefer a Nexus 10 over an iPad. (maybe a Mini if it gets an A7 and a retina)

With all this said, leave your comments for what you think down below.